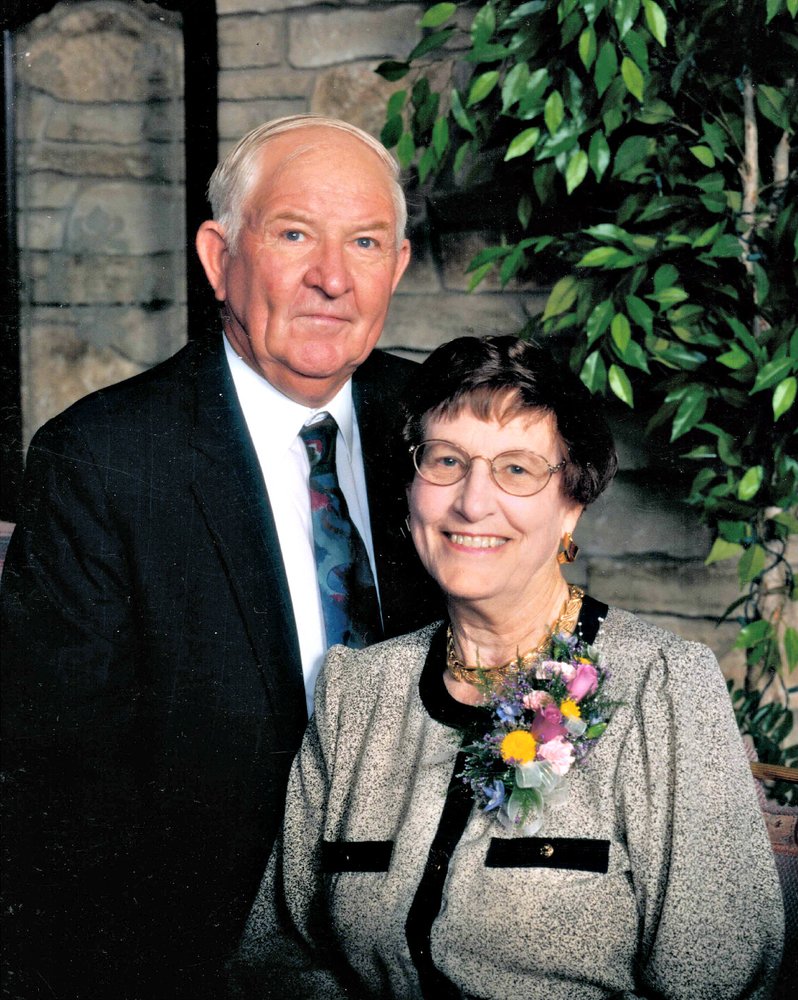 Emery was born March 27, 1927 to the late Luther and Ruby (Norquist) Frost.  He was married to Doris Ostenberg for 70 years prior to her death in 2017.  His brother Merle and granddaughter Karie (Frost) Johnson also precede him in death.

He is survived by his sister:  Marilyn Bunger, of Lindsborg; and sons: Bruce (Peggy), of Estero, FL, Gary (Pam), of Augusta, KS, Randy (Sue), of Northampton, MA, and David (Pam) Frost, of Salina.

Emery graduated from Smolan High School in 1944 and then served in the U.S. Army. Emery was sent to Europe as World War II was coming to a close.

Upon return to the United States, Emery and Doris started their lives together farming and raising their 4 sons.  Emery and Doris were active in Salemsborg Lutheran Church and enjoyed singing in the church choir.  They were both active in Lindsborg Swedish Dancers, the Swedish Club, and the Salina Square Dancers.  During his later years, Emery had become an avid genealogist, gathering photos and information about relatives close and distant.  Emery greatly enjoyed his time with his granddaughters Heather, Betsy, Erica, Olivia, Karie, Michelle, and Christina, as well as his 6 great grandchildren with one on the way, and his one great great grandchild, on the way.

Visitation will be from 5pm to 7pm, Thursday, October 3, 2019 at Crick-Christians Funeral Home, 103 N. Washington, Lindsborg.

Funeral services will be 10:30 a.m., Friday, October 4, 2019 at Salemsborg Lutheran Church, rural Smolan.  Burial will follow in the church cemetery.

Memorial contributions may be made to the Salemsborg Lutheran Church.  Memorials may be sent in care of Crick-Christians Funeral Home, 103 N. Washington, Lindsborg, KS 67456.

Share Your Memory of
Emery
Upload Your Memory View All Memories
Be the first to upload a memory!
Share A Memory
Send Flowers