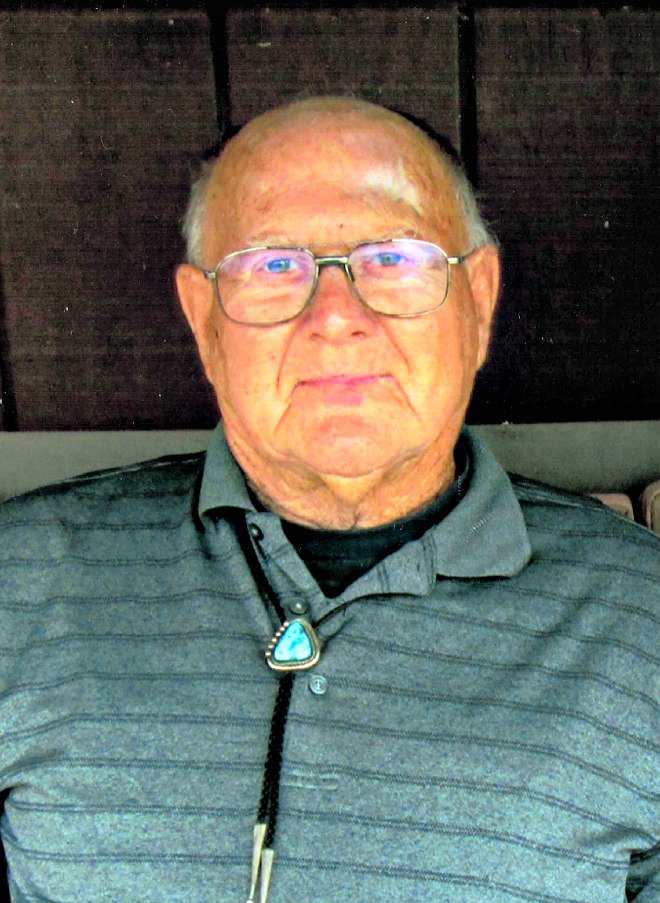 Dale was born in Smith County, KS, the second child to James Newton and Ruth Irene (Dick) Flynn on May 23, 1935.    He attended the one room school house, Stuart School, through 3rd grade before moving to Lebanon and graduating from Lebanon High School in 1953.   That same year, he married his high school sweetheart, Loretta Hayes.   After a brief time in Hastings, Nebraska, the couple moved back to Lebanon as owners/operators of Flynn’s Supermarket.   In addition to the grocery store, Dale also farmed land south of Lebanon, ran Banker’s Dispatch, and was elected Mayor of Lebanon in 1962.    In 1969, they moved to Lindsborg, Kansas where Dale worked for F&L Plumbing in McPherson before starting his own business, Flynn Plumbing and Electric in 1970.    After retiring his business at the turn of the century, he continued to own and maintain several rental properties in Lindsborg while devoutly caring for his wife, Loretta, through her health challenges.

Dale experienced life to its fullest.   With Loretta by his side, Dale enjoyed many years of riding motorcycles, jeeping in Arizona and driving antique convertible cars.    They took numerous roadtrips throughout the States, most notably, Colorado and the southwest.  They also frequented many parades throughout Kansas over the years, showcasing their convertibles, tractors, dogs and Tin Man & Dorothy outfits.   Over the years, Dale also took part in Boy Scout adventures, such as Philmont and Boundary Waters, and passionately worked on the Meadowlark & Sunflower Trails.   He was a man of humor, wit, faith and great integrity.

He is preceded in death by his wife of 64 years, Loretta Hayes Flynn; his parents, Ruth and Jim Flynn; his step-mother, Naomi Flynn; his infant brother, Glenn Robert and a grandson, T. Nelson Berry.

Funeral service will be held at Lindsborg Trinity United Methodist Church, Lindsborg, KS on Thursday, May 23, 2019 at 10:30 a.m. with Pastor Nancy Crowl, officiating. Burial will follow at Smoky Hill Cemetery at the base of Coronado Heights.

Memorial donations may be made to the Meadowlark/Sunflower Trails, Humane Society of McPherson County, Trinity United Methodist Church in Lindsborg or Smoky Hill Cemetery.  Memorials may be sent in care of Crick-Christians Funeral Home, 103 N. Washington, Lindsborg, KS 67456.

Share Your Memory of
Dale
Upload Your Memory View All Memories
Be the first to upload a memory!
Share A Memory
Send Flowers