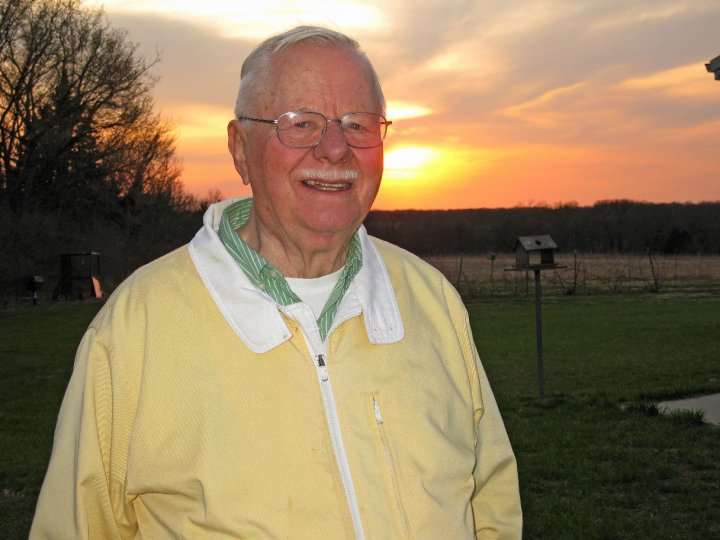 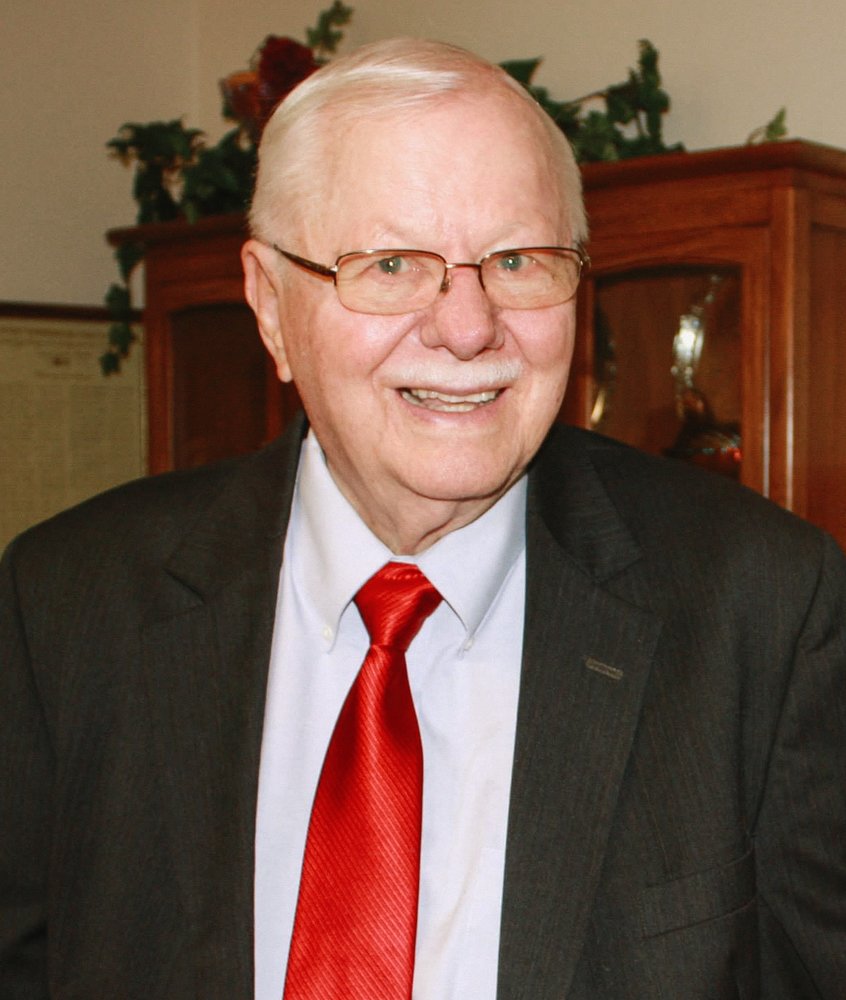 Dr. Stanley J. Clark was welcomed into heaven by his savior, Jesus Christ, on November 19, 2018. Stan was born on September 22, 1931. He was the son of Swedish parents, Joe and Nan Clark. His family farmed in the New Gottland Community, McPherson County, Kansas their whole lives.

Stan enjoyed growing up on the farm. His least favorite chore as a child was cleaning out the chicken coop. That was a chore he frequently shared with his brother Charles. In his later years in Baldwin City, this led to a boycott on his part, to eating chicken.

As he grew up, he would ride the family bicycle to town, and hitch a ride home with one of his sisters who would have taken the family car to town for work.

Stan attended McPherson High and graduated with high honors in 1950. He was active in FFA, and a member of Student Council. He was Prom King his senior year.

Following in his older brother Maurice’s footsteps, Stan attended Kansas State University. He was in the ROTC program during this time, and graduated in 1954 as a 2nd Lieutenant in the Air Force.

Stan met the love of his life while at KSU, Diana Kay Kientz. After a short courtship, they married, June 1st, 1958. Their deep love lasted a lifetime, as their 60 years of marriage, were built on their deep and abiding faith in Jesus Christ. Their testament of love continued through the last three years of Stan’s life which were spent at Baldwin Care Center.

After graduation, he went to work for three months at John Deere, before going into the Air Force for three years. He served most of his time at Bryan Air Force Base, Texas, where he was an installation engineer. After leaving the Air Force as a captain, he returned to K-State to get his masters in Agricultural Engineering, which he completed in 1959.

By the time he got the call to come back to KSU to teach in 1966, Stan had also completed his doctorate in ag engineering at Purdue University and was a research engineer at Colorado State University. He continued to research and teach at KSU for 30 years. The last nine years, he was department head, and served on the faculty senate.

Although he enjoyed teaching, his real love was for research and getting grants to enable the department to do this. The energy crisis of 1973, prompted extensive testing of soybean esters as a viable diesel fuel source. Economics kept soybean oil from entering the diesel fuel market, but the research done by their department was invaluable.

His second major career accomplishment was getting a name change to the department in 1994. They changed the department name to ag technology management. This provided name recognition. They also added several programs, food and environmental engineering which opened up the field to more women.

Stan was a world traveler. He served as international consultant for agricultural engineering affairs in the Philippines, Egypt, Nigeria and India. He made many trips abroad for this purpose.

A highlight of his career was a sabbatical summer in 1970 when he worked along with other engineers at NASA, to design a space vehicle that traveled on the moon.

Stan received a lot of razzing about his five daughters, and no sons. His reply was, “I told you, I am dean of women.”

The funeral will be held 11:00 am on Saturday, November 24 at New Gottland Covenant Church, 1700 Pawnee Rd., Rural McPherson  with Pastor Richard Austin officiating.  Burial will be in New Gottland Cemetery. Visitation will be at the church,from 9:00 a.m. until the time of the service.

Share Your Memory of
Dr. Stanley
Upload Your Memory View All Memories
Be the first to upload a memory!
Share A Memory
Send Flowers