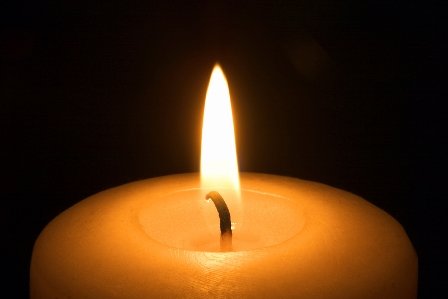 Velma Mae “Toni” Barnes, 99, of Lindsborg passed away peacefully at Bethany Home on November 14, 2018.  She was born to the late Jasper and Mollie (Baines) Fuller, near Mt. Enterprise in Rusk County, Texas on September 28, 1919.  She was raised by her father after her mother passed in child birth.

Toni graduated from S. F. Austin Teachers College, Nacogdoches, TX and taught high school before becoming a stewardess for American Airlines, during WWII.  She met and married Capt. Charles S. “Chick” Barber of Abilene, KS at Luke Air Force Base, Arizona, in 1945.  He passed away in 1956.  She worked for the Phoenix Thunderbirds, a group of prominent political and business leaders, well known for their Phoenix Open Golf Tournament, as their Club Manager for 28 years, retiring in 1970. Toni met kings, queens, presidents, actors and many high profile people during those years.

Toni raised two children, Mark and Mellissa, before marrying Col. Arthur L. “Jack” Barnes, ret. of Alexandria, LA, in 1970, moving from Phoenix.  She started another career in real estate in Alexandria, LA, retiring in 1997.  Toni moved to Dover, TN in 1997 and lived there until her daughter’s passing in 2011, at which time she moved to Lindsborg.

Toni is survived by her son, Mark and Sharon Barber and their family, Shane and Karen Barber, and Noah Barber, all of Lindsborg; son-in-law, Col. Wayne Sears, ret., of Dry Prong, LA; and stepson, Vance and Anna Barnes, of Hondo, TX.

She is preceded in death by her parents; husbands; daughter, Melissa Sears; and brother, Charles Fuller.

Cremation has been chosen and no services are planned. Family interment of the urn will be in Abilene, KS at a later date.

Services for Velma Barnes
There are no events scheduled. You can still show your support by planting a tree in memory of Velma Barnes.
Visit the Tribute Store

Share Your Memory of
Velma
Upload Your Memory View All Memories
Be the first to upload a memory!
Share A Memory
Plant a Tree